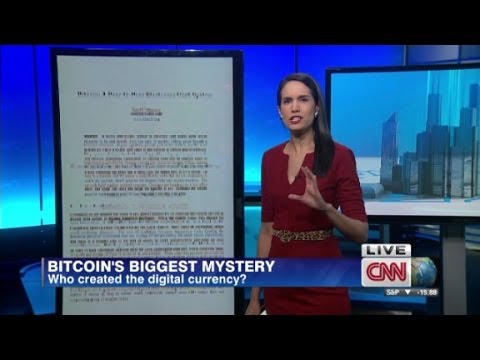 The Newsweek reporter who wrote the Satoshi story, Leah McGrath Goodman is currently being trolled in email by someone claiming to be from Bitcoin. She believes them.


1/3 Received mystery communique re a #Bitcoin, written in the royal "we," very similar to #Bitcoin paper from 2008...


3/3 ...and offers a series of clues, like a treasure hunt. Ends with: "You are such a talented journalist and we enjoy all of your works."


It is really any surprise that this is the same reporter who published Dorian = Satoshi on the cover of a national magazine? The last line was pretty blatant in terms of giving away the troll/joke.

This post was originally published on this siteThis post was originally published on this site Leah McGrath Goodman, the Newsweek journalist who named Japanese-American man Dorian Satoshi Nakamoto as Bitcoin’s founder in 2014, is doubling down on her claim. In an Aug. 25 episode of the Pomp Podcast with Anthony Pompliano, McGrath Goodman revealed details of the research regarding her original Newsweek […]

Another reason not to trust Newsweek: They are owned by a cult that encourages lying to expand their empire

While the abysmal journalistic integrity and quality of Leah McGrath Goodman's article is probably sufficient to indicate what to expect from future issues of the resurrected Newsweek, I thought it would be of interest to some of you to learn about the modus operandi of the owners of Newsweek.
The failing Newsweek was recently bought over by IBT Media, whose owners report to David Jang, a pastor whose followers believe is the second coming of Christ. This cult, EAPCA, controls a growing empire that includes the International Business Times, the Christian Post, Olivet University and more. They also control hundreds of domains that are nothing but empty shells pretending to be real organizations.
Though the cult does have its usual cultish practices like appointed marriages (termed 'Holy Matrimony') and secretive one-on-one bible studies, the relevant point here is that if you follow the reports on this organization, you will realize that the cult and their associated companies are very deceptive. In fact they preach that lying to further God's cause is okay and encouraged! Their young followers lie to their parents to get money for the cult. Their media companies lie about readership numbers in order to sell more advertising.
So now when it comes to this Nakamoto debacle, I suspect Leah is lying through her teeth when she insisted in her interviews that it was clear to both parties the topic was on bitcoin when Dorian said he is no longer involved. But perhaps she has still a shred of morality left as you can almost see her fighting back the tears. Lying face to face must be a lot harder than in written words.
TL;DR Newsweek and their owners are controlled by a cult that encourages lying in order to advance their growing empire. Do not expect any journalistic integrity from them. All they care about is getting more $$$ for their cult.
Relevant reading:
http://observer.com/2013/08/moonies-messiahs-and-media-who-really-owns-newsweek/
http://www.christianitytoday.com/ct/2013/august-web-only/international-business-times-newsweek-david-jang.html
http://www.christianitytoday.com/ct/2012/septembedavid-jang-second-coming-christ.html
http://www.christianitytoday.com/ct/2012/september-web-only/david-jang-second-coming-christ-singapore.html
EDIT: Made a typo. Their US division is called Evangelical Assembly of Presbyterian Churches in America (EAPCA). They have other names in China, Japan, Korea, Singapore where they also operate.

CRYPT ON - WHO ARE YOU Mr.Nakamoto

HEADLINE: Man denies he's Bitcoin founder ----- CAPTION: In an extensive interview with the Associated Press, the man Newsweek... Newsweek is back in print and causing a stir on social media with their cover story "The Face Behind Bitcoin" by Senior Finance Editor Leah McGrath Goodman. The story profiles Satoshi Nakamoto as ... Has the mysterious founder of digital currency Bitcoin been found? Newsweek believes they have named the elusive person behind the movement. Editors at Newsweek claim the digital currency was ... Kristie Lu Stout speaks to Newsweek's Leah McGrath Goodman about her search for the secretive Bitcoin creator.